A recent Supreme Court of Queensland decision has highlighted that the wills of many home owners and residents in manufactured home parks and retirement villages may not deal with their assets appropriately.  The case has potentially devastating implications for the administration of estates.  In the wake of this case, DSL Law strongly recommends that residents and home owners get their wills checked to ensure that what they want done with their estate is what they are getting in their wills. 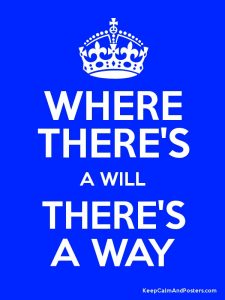 In a judgement delivered on 13 February 2018, Justice Lyons of the Supreme Court of Queensland ordered that the will of Thomas Henry Finch (deceased) be varied.  This is not something the Court ever does lightly.  When a person signs a will, they are presumed to have known and approved the contents of it.  Despite this, the Supreme Court of Queensland stood in the shoes of the deceased and essentially re-wrote his will three and a half years after he died.  The Court did this because they did not think it reflected what the deceased intended.

In the will in question, all ‘real property’ was left to a particular beneficiary and the remainder of the estate was left to a number of other beneficiaries.  This is not an unusual provision of itself, and would be a standard precedent clause in most will templates.  However, the deceased did not own freehold property at the time of his death or at the time of making the will.  His major assets were:

Therefore, the pivotal questions were whether a manufactured home or an exit entitlement can be considered ‘real property’?

Relevantly, the Court was told of a handwritten note from the deceased to his solicitor stating that he wanted his will changed to give the ‘house’ to his daughter.  The lawyer then drafted a bequest of ‘all real property’ rather than of a ‘house’.

The Court noted that it is unusual for a house not to be attached to land …’when it didn’t have wheels or look like a caravan or mobile home’.  The Court also noted that the house was located in a suburban street and there was nothing indicating the lawyer knew it was a chattel.  The Court described the wording in the will as an “understandable misunderstanding”.  However, anyone working in the wonderful world of manufactured home parks knows that these communities provide housing product to a wide spectrum of retirees – from very affordable product to million dollar plus prestige properties.

The Court did not accept that a manufactured home was ‘real property’, but did look the handwritten note containing the word ‘house’ as the clinching piece of evidence that the deceased did want the house (rather than real property) gifted.

There were two arguments regarding the retirement village unit.

The second argument was that a gift of real property is sufficient to include a leasehold interest if the deceased died without freehold property.  However, all parties conceded that this was not relevant because the sub-lease (like most retirement village unit leases) terminated on the death of the resident meaning that no proprietary interest in the unit remained in the estate.  In addition, the exit entitlement is a debt and not an interest in property.

Pulling it all together – what have we learned?

The top five learnings from this case are: